Republic Square Park (RSP) is an approximately one-acre public space located in southwest downtown Austin and is one of four historic squares in downtown Austin. Although it is owned by the State of Texas, at the beginning of the project in 2012, Austin Parks and Recreation Department was responsible for its day-to-day management. A memorandum of understanding (MOU) between the City of Austin, the Downtown Austin Alliance (DAA), and the Austin Parks Foundation (APF) outlined how both APF and DAA could assist with park improvement, event programming, park maintenance, and fundraising. However, the MOU was very general with no specific responsibilities assigned to any party, and because it was renewed annually, it did not allow for long-term planning. The primary purposes of ETM Associates’ involvement were to provide recommendations on focused management that would ensure that operations and maintenance efforts were coordinated and properly directed and to provide proper guidance for developing a contract between the city and DAA.

In 2017, several projects were under development, including the new Federal Courthouse, the Gables Residential apartments, a new hotel, and a plan for increased bus service. Management anticipated usage of RSP would greatly increase as a result of the proposed developments. The design of the park was advanced to accommodate the expected increase in usage in the near future. To accompany the design, ETM worked with DAA to establish the standards for proper maintenance and assisted in the establishment of dedicated management to protect the capital improvements.

As part of this planning for long-term success, ETM examined six comparable urban parks to better understand the operating factors associated with a successful urban park and use them as benchmarks for RSP. All of the comparable parks hold certain factors in common:

Following this study, ETM developed both short- and long-term recommendations for RSP, and four different management options for consideration. ETM also worked with DAA to explore programming options and needs for the park. Through this identification and understanding of the event spaces and the type of events that could be held, ETM guided DAA in the development of preliminary projections to determine the budgetary gap between revenue and annual operating expenses. 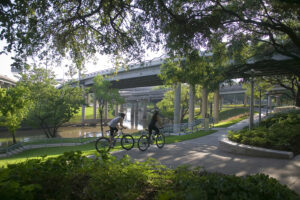 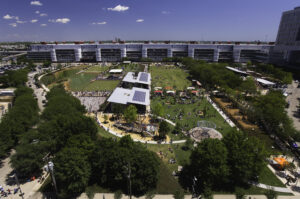